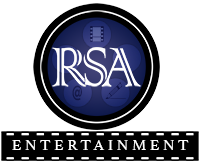 In November 2018, I signed with Los Angeles-based RSA Talent Management

I HAD 3 FILMS IN 3 DIFFERENT FESTIVALS IN SEP/OCT…
and the one I co-produced WON in its category! 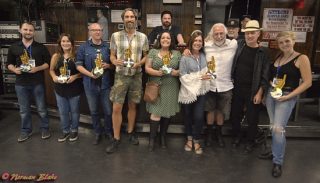 WINNER – category Made in Coney Island!!!
The Infamous Mermaid Uprising of 2017
(co-produced and appear in)

My short Telephone Line — shot in late spring 2018 — is in post-production.

My short essay, Milk and Honey, was published in Eat, Darling, Eat.

I am in talks with The Museum of the City of New York to collect artifacts from a 3-year-long public arts project titled
Nomad Mondad: The Making of Thieves Theatre’s Last Stand
that my theater company produced in the early 1990s.

In July ’18 I was asked to audition (based on my listing at ACX) for the Audible audiobook
German for Beginners: 15 Short Stories to Help You Learn and Enjoy German (with Quizzes and Reading Comprehension Exercises)

I got the part!! but was unable to accept the work due to the timing.
The part required perfect, accent free German and English. Here is the audition:

Proud to be featured in the podcast In the Balance, by Susan Lambert, in which I talk about my work and its intent ––
including about ICL, Butoh and Creepy Kid (see below).

In March, my company produced the third annual Coney Island Ritual Cabaret Festival
Here is the 19-minute documentary about the wildly entertaining ride!!

The Violent Information was released in February ’18
I play a tipsy suburban mom disappointed in her kids.

Creepy Kid (released online in January 2018)  is a true-life memoir, TV pilot, teaser and short film written and directed by Michael C. Bryan.
I play the manic/depressive mother with borderline personality disorder who abused her son. He finds his strength and emerges triumphant.
#creepykidsunite

Woodbridge is the TV adaptation of Creepy Kid. It is a drama series set in 1978 that takes a darkly comical look at a wildly dysfunctional family.

This important memoir, the pilot and the film are all available for procurement.
Please contact Michael C. Bryan or me for more information!

Here are two teasers followed by an 18-minute short film released in January ’18:

My theater company received a grant for its part in creating The Carnival of Connectivity.
Watch the 6-minute documentary on BRIC-TV. Thank you, Sasha Chavchavadze!